About Roger and his art 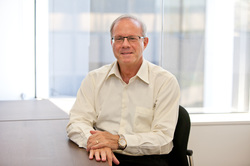 The work of Perth-based artist Roger Reading reflects his extensive travels and fascination with the French Impressionists and 18th century masters such as Turner and Constable. Roger has a growing reputation for intriguing cityscapes and thought-provoking landscapes inspired by the beautiful environments he has visited or lived in over many years.Roger paints how he feels about a place rather than simply reproducing the reality itself. This style lends itself to a more mysterious and intriguing outcome, which asks the viewer to enter a mindset of adventure rather than merely to reflect upon the obvious elements of natural beauty alone. He is a painter on a journey and wants his viewer to travel with him on a path less traversed.

Roger has lived and worked in a number of countries where he was exposed to startling natural landscapes and fascinating cities, including those in Africa, Asia, Europe, and the Middle East. His art journey started in 2004, whilst on a work assignment in Papua New Guinea.During this assignment, Roger spent his spare time painting the jungle around his accommodation, after which art became a new and vital focus in his life.

Roger works in acrylics, oils, watercolours, and mixed media. The diversity of media and range of subject matter with which he works provide him with enormous creative enjoyment, in stark contrast to the logical rigours that drove his former commercial career. Roger has taken a number of art excursions to various locations in Europe over the past few years. In addition Roger participates in a weekly ‘en plein air’ (outdoors) art group in Perth. Roger enjoys the interaction with fellow artists, which for him is one of the best sources of his creative inspiration and a driving force in challenging him to keep producing and improving his artistic works.

Roger exhibits his art at ART EXHIBITIONS in Perth , Western Australia.  Learn more about Roger Reading and his artwork, and find out about his upcoming exhibitions, at  www.rogerreadingart.com.